I’m quite an avid cyclist, but don’t take part in many large events. The Velothon Wales (2015) was my largest in terms of number of riders to date. I don’t compete, but participate in charity rides instead.

After weeks of training, press about protesters, practicing tube repairs, and trying to figure out what type of saddle bag / camel back I was allowed to carry - the event finally arrived.

If you’ve ever watched or ran a half marathon, imagine the crowd - but on bicycles, and capable of going at least twice the speed. With 140km of closed roads, and sunshine on the forecast - it was time to ride. 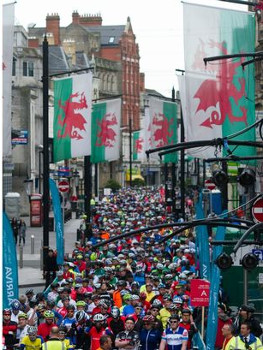 It was surprising to see cyclists who were going too fast before they even reached the official start line. Some resulted in minor dismounts, or partial deviations from the road.

As a Cardiff resident, the start of the route was familiar. Down the main high street, onto the road, and North East towards Duffryn. This took us via one of my favourite stretches, Lamby way. Despite rough surfaces in places, it’s lovely on a calm day, but somewhat unforgiving when the wind is against you. If you get a chance to return, there are some great cafes, pubs, and coastal views - on a clear day you can see England.

From Dyffryn into Newport, on some smoother roads - with a quick tour of the Sports Village, home of Velodrom Wales. It would have been rude not to swing by! Back onto country roads and through little villages, we eventually surfaced in the beautiful Roman village of Caerleon. 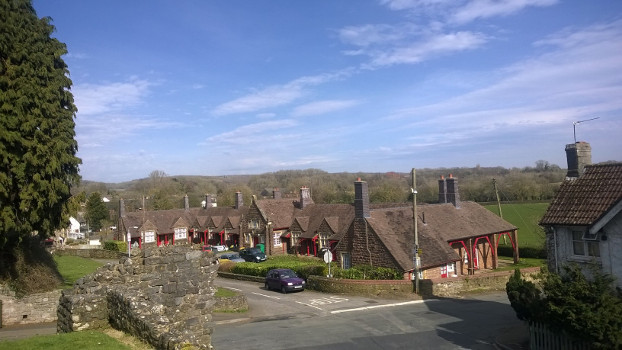 What followed were yet more picturesque country roads through Llanhennok, Llangybi, Llanbadoc, Rhadyr, and Monkswood. Not needing to take the shortcut near Little mill, I headed for the ‘Tumble’, via a few more places of course.

Having conquered the climb previously, I had a good idea of what was coming up. Fifty miles in, it’s not the most pleasant addition - until you get close to the top, where the views of the surrounding valley help you forget about the pain. Plus a well deserved fuelling station.

Epic downhills followed, through Blaenavon and towards Pontypool. Onto long stretches of A roads and dual carriageways, crowds supporting us through Gelligroes, Ystrad Mynach, Llanbradech, and finally into Caerphilly.

Here we were faced with the second major hill of the ride, some cyclists defeated before the summit. Others, (myself included) avoiding the wobbly riders, taking in the stunning view of the castle, and reaching our final fuelling station at the top.

The ride between Caerphilly and Cardiff was common ground for me, mixed terrain but on the whole, a fast road to the finish. Through lovely Lisvane, and into Llanishen, catching a brief glimpse of the city on the way to Roath, past the lake, one last small climb, and across the line.

Overall I had no mechanical issues, or casualties myself - but I saw my fair share, including:

That last one was the worst, and isn’t worth thinking about. Besides, you get to eat loads of food afterwards.

The experience itself is once in a lifetime (or twice if you’re doing it again this year!) and definitely worthwhile for any cyclist. Plus you get an awesome medal: 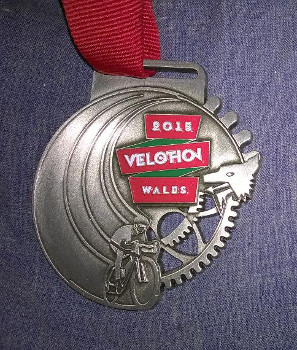