Unassumingly located on a busy street in San Sebastian, we were greeted by a concierge on departure from our taxi.

Warmly welcomed in Spanish, we were shown to our table - in spite of being thirty minutes early. To start, a lightly refreshing house cocktail - whilst we waited for the head waiter.

On arrival, he spoke Spanish - thankfully we spoke enough to have a conversation, but opted for the menu to be explained in English. It was suggested that we chose the taster menu, in order to get a complete experience of the range offered. 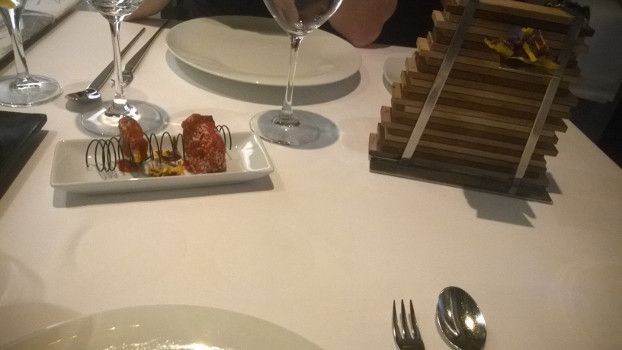 “Txistorra” with beer and mango 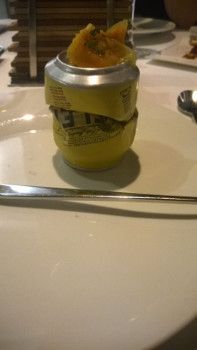 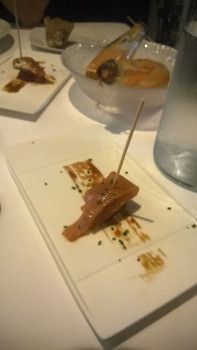 Following these, and as we had finished the cocktails - we eyed up the wine list. At which point we were greeted with a knowledgeable (shit hot) sommelier who suggested a white known as Txomin Extaniz. After checking the smell of the cork, he poured one of the nicest wines I have ever tasted.

What follows are our dishes, each tailored to our dietary requirements. For example, I can’t eat cheese - meaning my choices were more unique than others. It would be interesting to see how well they cater for pescetarians and such, it was mostly fish - so pretty well, I imagine. 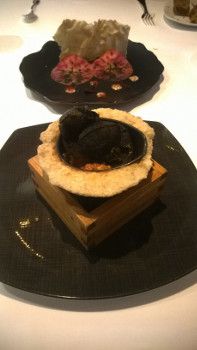 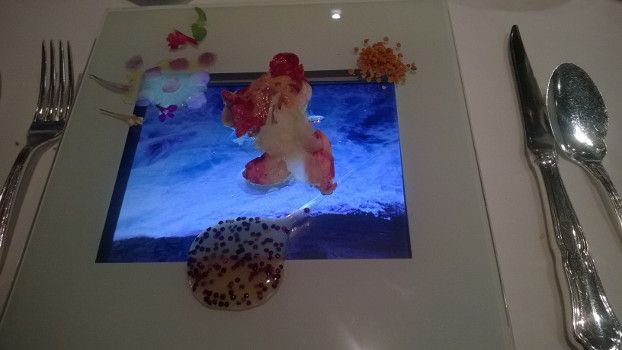 Fish of the day with “patxaran” and purple corn 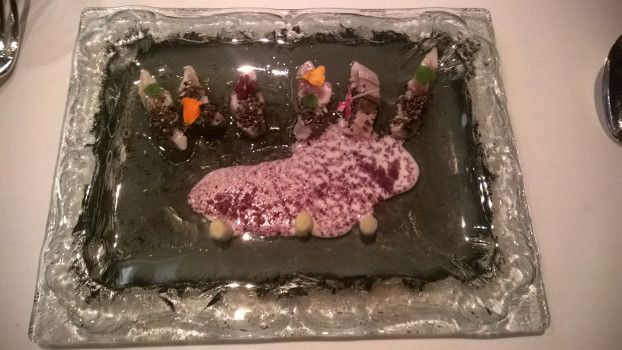 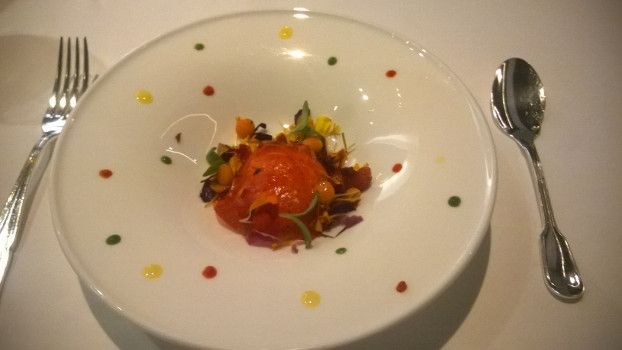 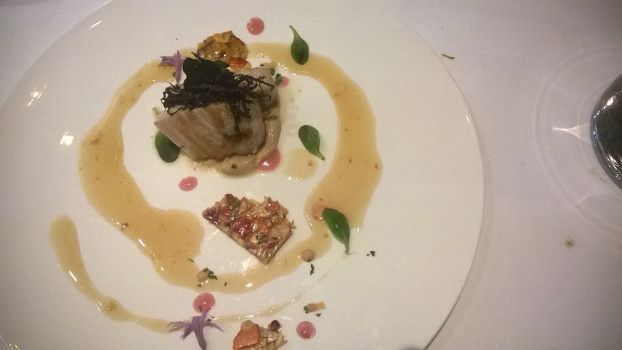 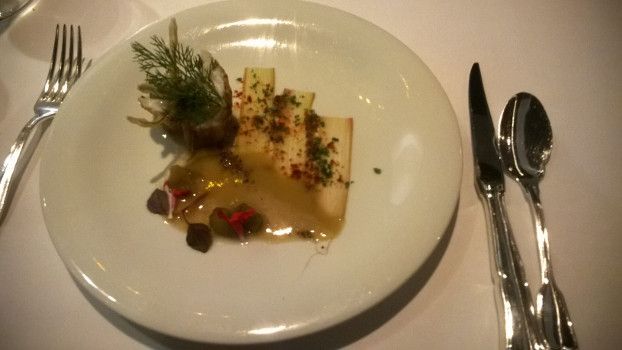 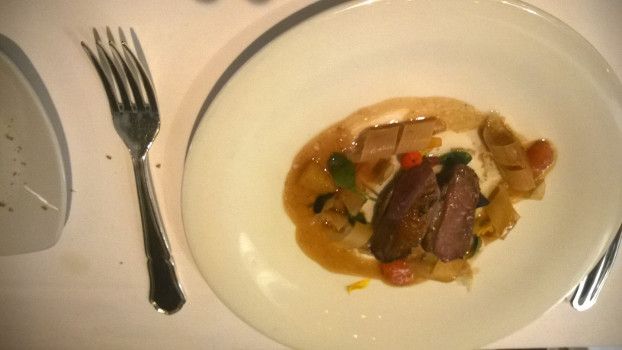 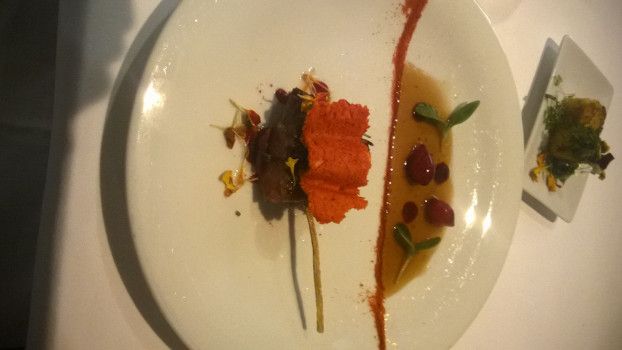 A welcomed break before the desserts arrived. It was at this point that I spotted our sommelier carrying nine wine glasses in one and - and three bottles in the other, as if it were a natural occurrence. 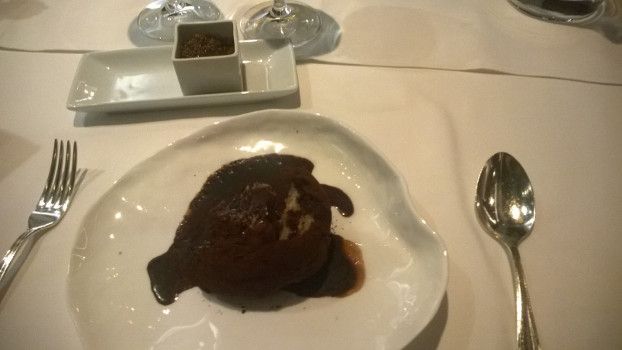 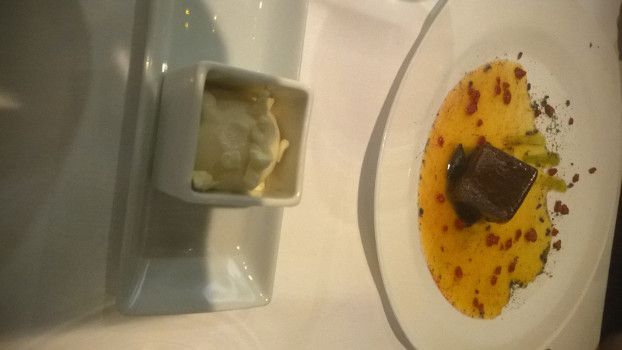 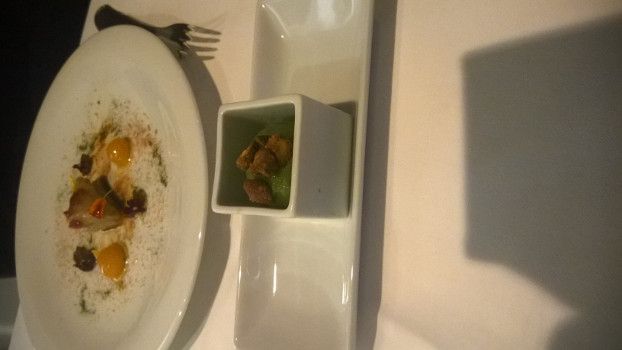 To finish, we were presented with some specialised sweets and opted for a post dinner G&T - the gin (again, recommended - and the bottle shown to us) was Bahia. 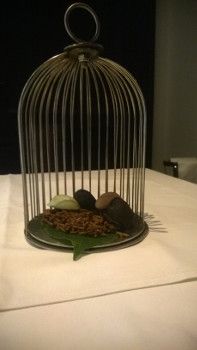 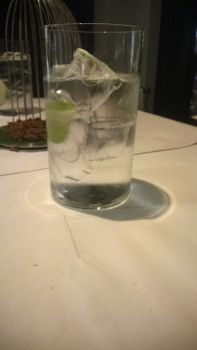 After settling our bill, a taxi was called for us and we were made welcome whilst we waited for it to arrive.

Overall, the decor was simple yet effective. The staff were very friendly and attentive, but not at all in your face or pushy. Juan Mari Arzak himself made an appearance, and spoke Spanish with us.

We were in the restaurant for four or five hours, but didn’t notice the time pass. It was one of the best meal experiences I have experienced, and certainly the best restaurant I’ve been to. 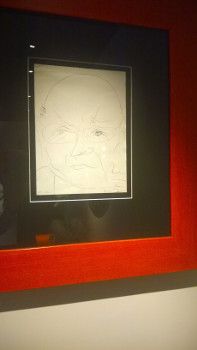